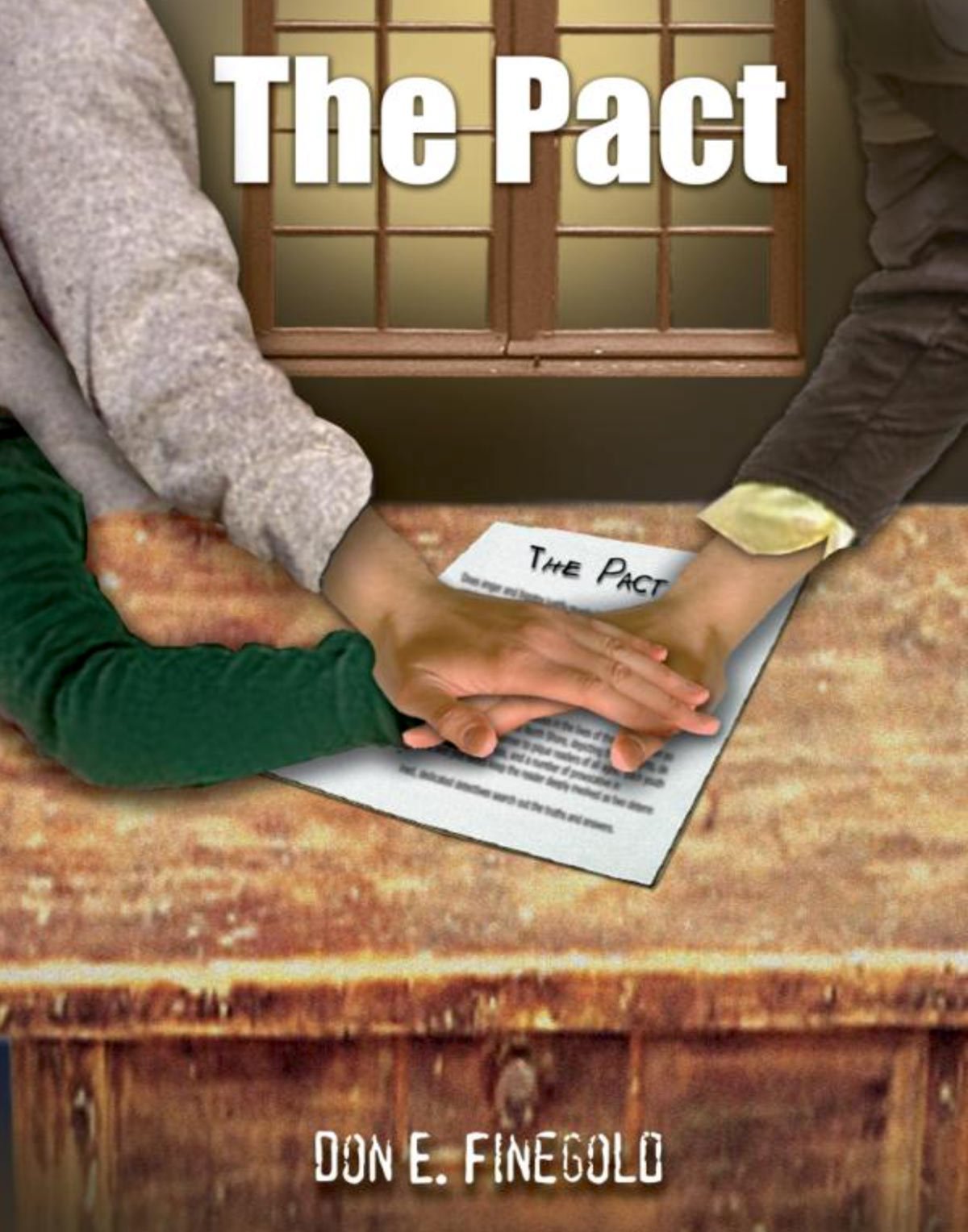 In Don E. Finegold’s murder mystery novel, The Pact, a number of questions are asked.

Among these queries are “can anger and bigotry justify murder? Can young boys raised by intolerant parents develop cavalier attitudes while planning and performing terrible injustices—and feel guiltless? Is one—or are two—or are all three boys involved in a spree of killings?”

The murders remained mysteries that stymied the authorities for a long time…until two dedicated detectives began to find the answers. Or were they the answers? The murder locale is the Massachusetts North Shore, in the heretofore two sleepy cities of Pemberton and Stanton, whose citizenry lived in anguish and anger after the murders occurred—and a solution not found. Many wondered if justice would eventually prevail, or would these killings be added to the other unsolved mysteries plaguing the metro Boston area? Investigators Barney Osham and Sam Coben were determined to find the truth and punish the guilty, but they needed help—and luck.

The Pact chronicles the lives of three errant youths, depicting their thoughts, deeds, and exploits in a manner to arouse the interest of the murder mystery novel adherent. Finegold continues to write in a provocative way, leaving the reader a number of clues to sift through before he leads you to an exciting conclusion to his murder mystery novel.

I found The Pact most enjoyable and an easy read. I enjoy books that have a twist, an unusual ending, and as in his last book, the author has the knack of doing this, without the reader suspecting the ending. As much as I enjoyed reading Mr. Finegold’s first book, Interlude, I enjoyed this novel in a different approach. The lives of the three youths, intertwined with the New England atmosphere, held my attention until the very end, when the mystery was solved. If anyone lived during the era when the novel took place, and knows the North Shore of Massachusetts, then the novel takes on a different aspect — as one might recognize names and places in the novel. This is definitely a ‘must read’ for anyone interested in an evening of good reading. I look forward to another book written by Mr. Finegold.

I love a mystery whose solution is one I never anticipated but is perfectly logical in hindsight. No tricks. No last minute introduction of a new character. No surprise evidence in the last chapter.

A good mystery is a challenge between the author and the reader. ‘Can you figure this out?’ ‘I’ll give you so many pages, so many chapters. The answer is there. Can you deduce it before the end?’ It’s a battle of the author’s skill and the mystery lover’s powers of deduction. The best mystery writers make you concede before the end, and when they reveal the answer, you menatlly clap a hand to your head and groan, ‘Yes! Of course!’

Don Finegold achieves this in The Pact. He draws you into post WWII America, where second generation immigrant families are still in conflict. When irrational bigotries and segregated society were acceptable, and ‘getting even’ and ‘looking out for your own’ was the norm.

He opens a window on the rough blue collar lives of the mill and tannery workers and the near aristocratic lives of the owners whose industries once thrived in northeastern Massachusetts, and which have now almost completely disappeared.

The characters are vibrant, their loves and hates and their struggles and triumphs are passionate. It is Don Finegold’s skill in writing and the world he recalls that can seemingly distract one’s focus for solving the murders — yet, the keen reader discovers it is in understanding this world recently past that one finds the essential clues to solve the mystery.

As much as I liked Don Finegold’s first published book Interlude, I love The Pact even more.